I have always thought of Thornbridge Brewery as the beer worlds equivalent to Dragonforce in the British metal music scene. Those who know Dragonforce will see the similarities. 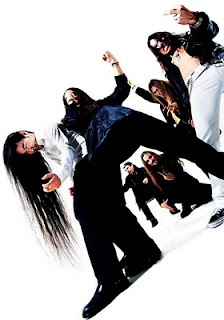 OK not everyone will agree with the analogy and Thornbridge are not that over the top. But some of the beers, like many Dragonforce tracks are built to be epic's. I have not tried all of the Thornbridge range yet but I know Jaipur IPA is a good addition to any beer festival. Bracia is bold, and superb. Halcyon is individual and stunning. Kipling is also a bouncy, hoppy little number. And let's not forget Alliance.

In my opinion some ones got to push the boundaries a bit in British brewing, because if no one did, the brewing scene of this little island would be much more boring. Take the dozens of UK brewers still intent on knocking out several different brown low gravity bitters, each one similar to the last but with a different nondiscript name, complemented by a range of several more low gravity golden ales. The likes of Thornbridge and a few others) act as an important point of difference.

So to finish things off; I open this beer in a tribute to Thornbridge brewer Kelly Ryan, who is soon permanently throwing in his badge, to work back in  his home land of New Zealand. 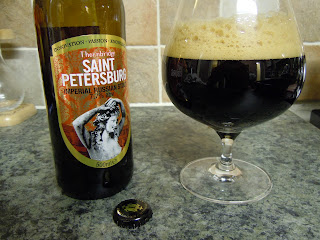 Cheers (and lookout Zak Avery, your not the only one with the stem-ware)
Posted by Rob at 12:00

How strange is it that Operation Ground and Pound is one of my favourite songs! How can you not like the guitar solo duel in that!

Thanks loads for the comments, may we one day catch up for a beer!

I am curious to find out what blog system you're utilizing? I'm
having some small security problems with my latest website and
I would like to find something more secure. Do
you have any solutions?