There's no doubt that when I first saw the the Pandazilla pump clip I was ten times more impressed than I thought I would be. There's no doubt it has caught a lot of attention.  The question is who is the artist behind this masterpiece?

Here Rob's Beer Quest reveals all about the unsung master of the canvas in a Beer Wench meets Beer Reviews Andy style interview. 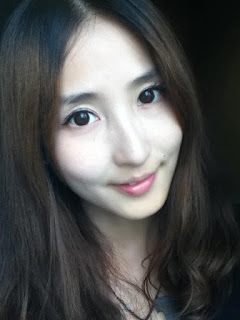 
Occupation: Student/Freelance designer
1.       How did you get into Manga style artwork?
From a very early age I was interested in beautiful designs, and spent much of my time sketching and colouring – as long as I remember it is all that I have wanted to do. Manga-style is of course an Asian style of cartoon, and being from China it is natural that I would enjoy that style! I have since completed a Bachelors’ degree in Fine Art, and am currently studying for my Masters’ at Northumbria University in Graphic Design. I have quite a varied portfolio now, from paintings of Beijing Opera characters to portraits of friends, and even stop-motion animation (think Morph from Tony Hart’s Hartbeat ), so it is not exclusive to Manga-style art. However, Panda and Frog Brewery gives me more of an opportunity to showcase my talent in the UK, and is a particularly fun project as the concepts are quirky and fun! 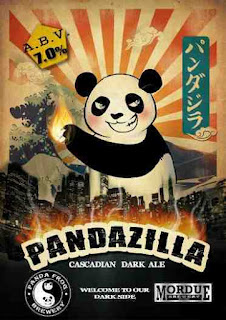 2. How long have you been an artist/designer?
I completed my Bachelors degree in Fine Art back in China in 2009, but I have also done a lot of artwork in my free-time; some freelance work, but some just out of hobby
3. What is your favourite beer?
Well, I don’t really drink very much to be honest, but when I do I tend to stick to low volume drinks as I’m a bit of a lightweight! 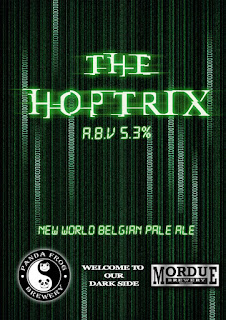 4. Which do you prefer, frogs or pandas?
Haha, I prefer the colour of frogs because green is very cute, but with the Panda being a national symbol of my home country, China, I would have to say the Panda. If we’re talking more philosophically, I’d say that Pandas are a lot more powerful than frogs too, so have more control; frogs are little and helpless and too easy to be controlled, so again I’d have to empathise with the Panda, as I am quite a strong-minded individual!
5. What are your hobbies?
I watch a lot of movies – Leon is my favourite! Natalie Portman is one of my favourite actresses. I also watch a lot of TV shows, drama or comedy mostly. The Big Bang Theory is one of my favourites, but I’ve finished that now and have moved on to Two Broke Girls. I also like to travel in my spare time, and since living in Newcastle have travelled a little bit around the area: Durham, York, Sunderland, Edinburgh, and even went to a public bonfire up in Hexham, but I’m still yet to go to London!
6.  What inspires your designs?
I am inspired mainly by things that I find beautiful; these are the things that draw people’s attention the most, colours in particular. For example, the colour of the sky – in fact, colours from nature in general. Nature is a big inspiration to me. One of my favourite artists is a Chinese artist called Benjamin Zhang Bin, who is a famous graphic novel illustrator, and has even made covers for Marvel Comics. I think there are many things to learn from his use of vivid colours.
7. Who is your favourite ninja turtle?
Hmm, it has been so long since I watched it I can’t really remember, but I would have to say Donatello because purple is my favourite colour! Plus, anyone who can fight with just a stick rather than a sword or blade deserves more respect!
Some good answers there. Tho for that last question I would have said Leonardo. I would also like to add that although Pandas appears more powerful than the Frogs, Frogs can move around quite quickly. Thus if a Panda and a frog were ever to fight the frog could easily avert the the slow clumsy movements of the bear. Further more if the frog was a poisonous frog, then frog could indeed easily cain it's ass.

However, if the Panda was armed with some kind of makeshift weapon, a flamethrower say, then the Panda would win. As far as intellectual arguments go this is all open for debate.
Thanks ... your duty to Panda Frog will be recognised forever.
Posted by Rob at 19:35 99 comments:

Credit for the old timer 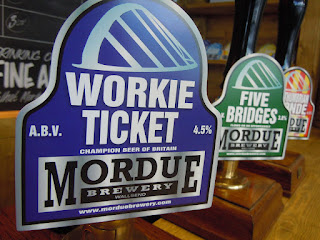 It's come as a bit of a surprise to us Mordue folk. Our Workie Ticket seems to be getting attention around the blogging world recently, notably here, here and here. Not surprising for a former GBBF winner but surprising for a beer that's unapologetically old school and dare I say it... brown.

For me Workie Ticket has always been one of those classic beers of the region with an almost iconic status. To many it conjures up images of an industry-laden Tyneside with hordes of flat cap workers 'gannin doon the boozer'. To me the entire Workie Ticket experience, brewing and drinking, brings visions of a much younger Fawson brother slaving over a home brew kit, excitement for the new brewing venture, 1997, champion beer of Britain and traditional wood furnished country pubs serving steak and ale pie. Till now I have yet to find a beer that matches steak and ale pie better. 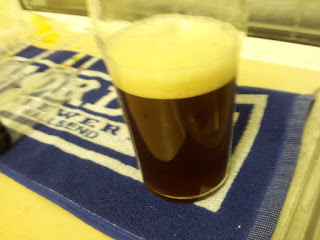 Behold; the next Panda Frog project

That's right, following the eventual bottling of Pandazilla we finally got round to brewing the next beer of the elusive Panda Frog series. The Hoptrix is a 5.3% new-world Belgian ale that veers somewhere between Belgian blonde, Belgian pale ale and American pale ale territories (that's more or less how it's currently developing). But unfortunately, no one can be told what the Hoptrix is. You have to find it for yourself.
We will be launching The Hoptrix in approximately two weeks (date not yet set) and if you miss that the bottled version will soon follow. Keep your eye out for this one.
Your life is the sum of a remainder of an unbalanced equation inherent to the programming of the hoptrix...
Graham W Robertson (twitter)
Posted by Rob at 20:08 2 comments: 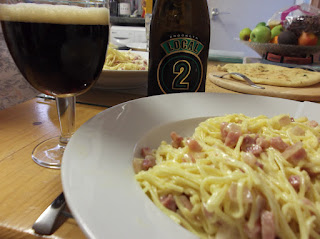 Brooklyn Brewery is an outfit that's strengthened its presence in the UK in recent times. For me Brooklyn Lager was one of the first beers from the American craft beer scene I came across. Following this Brooklyn Brown Ale and East India Pale Ale became two beers I could never turn down. Bold but smooth is the house style from a brewmaster trained by a Yorkshire man who happens to be the brother of my former mentor at Daleside brewery. So yes myself and Garret Oliver have something in common, and his book 'The Brewmaster's Table' became a benchmark for beer and food literature that many a beer expert has turned to for inspiration.

Local 2 is a Belgian strong ale featuring raw wildflower honey. It's not quite bold or smooth but intriguing nonetheless. The deep russet, amber brew definitely smells distinctly Belgian, dominated by dark candy sugar and spice. It opens with sweet honey, chocolate and elderflower on the palate with a touch of almond-like fruit. The finish then turns racy, drying and full of prickly carbonation. Definitely well attenuated and very Belgian strong ale-esque.

Putting this beer with a dish such as Linquine Carbonara was not my own idea, but straight from the website. It sure is delicious and the pairing is mostly about the almost champagne-like carbonation of the beer lifting the creaminess of the sauce whilst the chocolate notes from the dark grain pick up on the pancetta. It was a good match up, even if not the best Garret Oliver inspired food-beer pairing it would be interesting to see how this dish works with something like a Weizen. Whether it works or not, the experience of good beer with good food is rarely unpleasant.
Posted by Rob at 17:29 2 comments: