As is often found in blogging, many weeks or even months can go by without anything interesting to blog about. Then somehow multiple events can come along at once without sufficient time gaps between them to rapid fire out the blog posts. Last week was one memorable week. Thirty years old and partying harder than I did at 21. Here's the highlights. 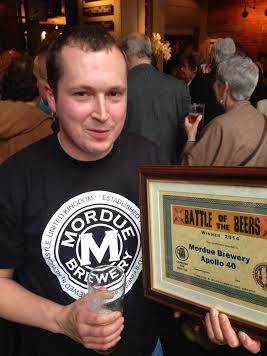 This was a good night, where I was presented with Newcastle Beer Festival's battle of the beers award At Pleased to Meet You. All of the local CAMRA crew were there including Mordue's lead dray man Dr Dray. Apollo 40 was good on keg (although a different beer to the cask version) and the last cask of Endangered Species (now extinct... At least for now) was getting a pounding.


Thursday. My birthday and I brew what I want to. Dusting myself down for a 6am start it was back to the brew house to brew the next Panda Frog. More specifically the next Dartfrog-48 Dunkel Rye Weizen. The name really explains it all except for the inclusion of New Zealand hops. This has the makings of one crazy brew and the brew day was intensive. Got some kick ass presents from workmates also. 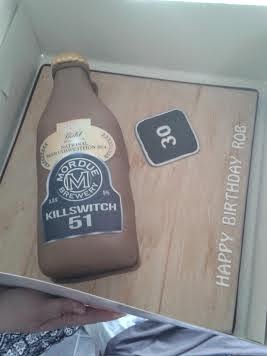 Killswitch cake. A surprise from the wife.

I turned thirty. A beer dinner at home cooed by my lovely wife Helen was highlighted by a rather nice cherry wheat beer by Huyghe brewery (makers of Delirium Tremens) with Nutella Cheesecake. Got loads of cool presents including whisky, slippers and the new book from Mark Dredge. Other than that not much happened. 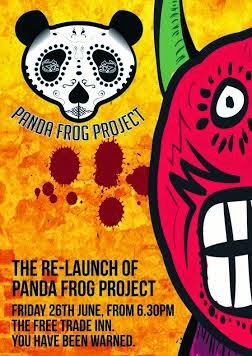 Back into town again. This time to the long-standing, well-respected Free Trade Inn for the re-launch of Pandamonium IPA and its new crazy branding (soon to embrace future Panda Frog beers). 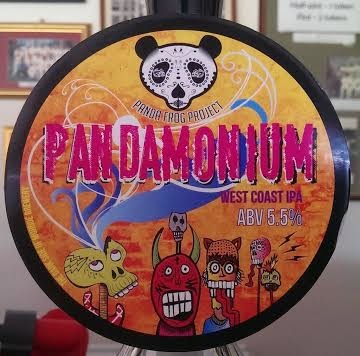 Big resinous citrucy Pandamonium was being served in bottled, keg and cask form alongside more Apollo 40 and Workie Ticket. Camden Wit with mussels was the highlight

So it was back to Pleased to Meet You again, this time with Helen. Some quality scran was enjoyed with a wide variety of beers. Camden beers are neatly put together and branded with a sort of clean-cut style that doesn't overly scream for your attention. Camden Wit is no different, and is simply sublime with mussels served in a cabbage and pancetta sauce. After this it was onwards to the cheeseboard... 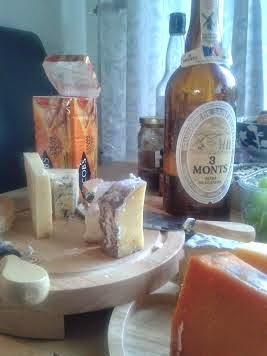 It's not often I have a beer and cheese night but this one was one of the more memorable ones. Camden 2013 Beer Tripel with Wooky Hole Cheddar and Panda Frog Pandamonium with Northumberland Elsdon were pairings worth a mention. But the pairing of the night (and possibly the decade) was the traditional Biere de Garde St. Sylvestre 3 Monts with Vignotte. An all-French harmonious combination that's excelled by an up-front carbonation that just lifts away the creaminess of the cheese.

None the less it was a great night. Finished by a beasty looking cigar and some Yamazaki 12. It's not so bad being thirty. One thing you notice is that your older than more people now. I was getting really used to being in my twenties, it sure was fun. None the less, a great birthday week. 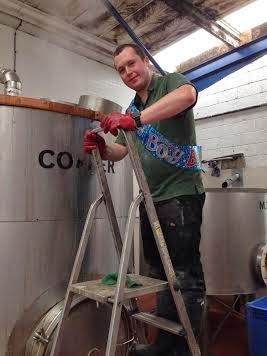