This post title should maybe read Alnwick beers of autumn as these were locally sourced. Well locally as in some were from supermarkets but hey, they were all purchased in the local vicinity. Autumn is the best season even if seemingly the shortest it's best accompanied by beer. 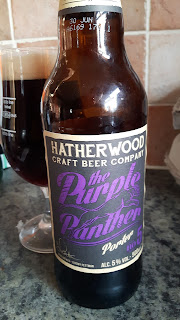 From the shelves of Lidl. A slick and slightly light bodied porter with a dollop of sweet toffee and chocolate. A kind of chocolate digestive aftertaste. 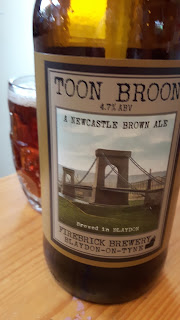 The first beer I have came across actually paying homage to Newcastle Brown Ale. I personally don't think it needs to be done but find this better than the original. An old school feel is dominant. It's 4.7% and closer to deep russet than brown. Caramel malt and almond aroma, palate brings licorice and caramel, charred grain and a flinty bitterness. Very much traditional through and through. 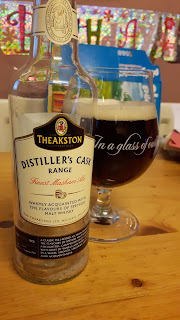 A new one from Theakstons obtained at Morrisons. A 6.5% ale 'acquainted with the flavours of Speyside malt whisky'. I was expecting an Innis and Gunn like experience and its vaguely similar but nowhere near as sweet. The thing that isn't clear form the label is whether this is genially oak aged in speyside whisky barrels or blended with speyside whisky. None the less is aint half bad. Candied almond meets woody vanilla, an American oak influence for sure. 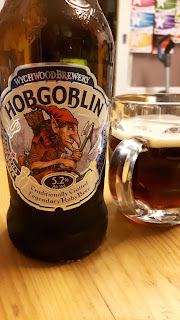 Familiar to most Hobgoblin is clearly an autumn beer. Dominated by sweet nutty malts, chocolate and a hint of fruity English hops. For supermarket beers it isn't half bad although my preference is for the cask version.