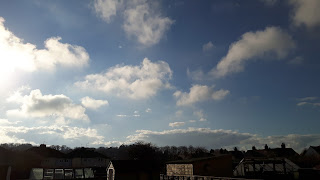 Spring time. The time of rebirth. I have in the past slated Spring. With its bank holidays disrupting things like workflow and isolating our friends the yeast from our near semi constant care. You can't just make days disappear without changing the game plan.

But anyway, bank holidays can also be pleasant. Time with the family, friends or homies.  I'm fairly sure I've covered the subject of spring at least a couple of times on the quest but what I've really come to learn from it is this; At Mordue Spring is where all the action happens.

First up you've got SIBA Beer X (where Killswitch 51 won big last year). Gateshead Beer Festival (still to get round to visiting that) and Newcastle Beer Festival with its 'battle of the beers'. The first Panda Frog Project beer of the year often comes out in spring so you've got seasonals/specials left ,right and centre but the local trade seems to pick up so it kind of balances itself out.

It's the time of year with the most opportunity to take awards with SIBA events and Newcastle Beer Festival fairly close to each other. So when it's all over the long brew days and often endless national orders of summer come in, you might well be able to drink beer in the evening outside again but at Mordue things certainly don't go at the same pace as spring. Face it, summer's a great season but it does tend to go on a bit. 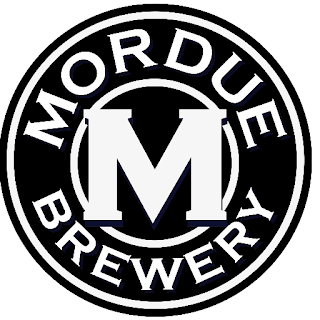 Five years ago this month I was first introduced to the Mordue crew and brewing kit. At the time I was working as a brewer/assistant for Daleside brewery, Harrogate and was to part from their band of mostly Yorkshire folk. I first got the call on a Thursday afternoon between the hop store and mash tun from Matt (now my brother priest of the yeast) and I was ecstatic.For a long time I had been after a job in the local scene. No more renting in two different places. Although I new the job involved more responsibility little did I know I was about to embark on what has been a seemingly epic journey. 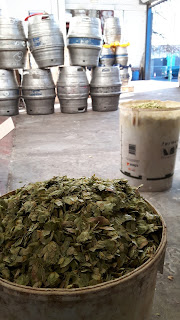 Since 2011 I have promised never to take any of this for granted. To contribute to the beer world through Mordue and Panda Frog I am ultimately gifted with two sets of children. At work, some of them I invented, others are adopted, some adopted and modified, they are the products of fermentations. At home I have my own cute little brew babies Susie and Harvey not to mention the most awesome loving caring journalist wife. Being surrounded by the humble yet beautiful surroundings of Alnwick is also an honour. 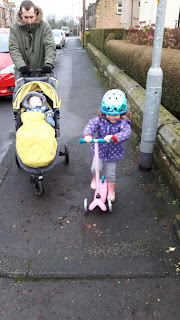 Where ultimately I have achieved feats beyond anything I imagined, it hasn't always been like that film Vanilla Sky. It wasn't always victory after victory. 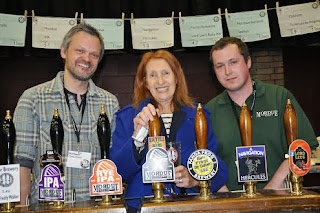 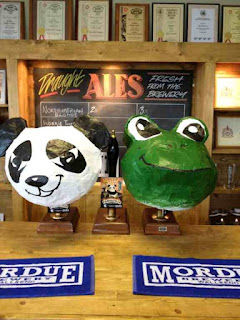 Major campaigns/big tender orders have come and gone like chapters of brewing, each one like an elongated chess match relying on organisation as much as graft. Staff have come, and gone. My perspective has changed. The kit has changed. The beer world has changed. Although I realised what past Daleside brew master Craig Witty was getting at way back then with many things. 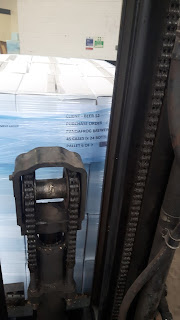 Ultimately being surrounded by a work crew wearing Panda Frog t-shirts is something I will never tire of being chuffed with. I see my work written about on blogs, social media and sometimes printed on award certificates. However small, large or relevant, my time at Mordue has granted me the chance to leave my own imprint on the world. 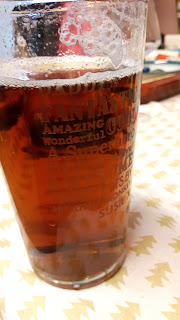 I can't really speculate much on what's to come but prefer to be optimistic. I can't see myself getting tired of this but perhaps envision a few care nurses at the home getting tired of that crazy old guy going off about Pandazilla, Battle of the beers, Operation Black Beaver Storm and when we won at GBBF. Because even at the worst of times I never did stop believing.