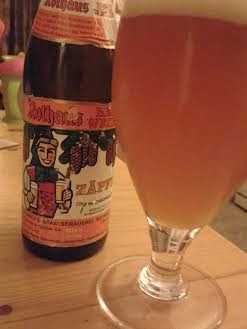 It's been a while since my last German Wheat beer. A dynamic beer style almost infinitely versatile with food, especially shellfish, big meaty dishes and Chinese cuisine. Rothaus Hefeweizen Zapfle
is a German wheat I have never come across. A bit less bold and boisterous than many German wheat beers Zapfle opens with light, sweet orange before soft banana and clove layers over a dry wheaty texture. It's quite easy going for the style, almost closer to some of the American versions I've tried. Could probably do with a few more of these for the summer.
Posted by Rob at 14:08 4 comments:

Newcastle beer festival and Battle of the Beers 3

﻿
Here we go again, another award. Newcastle beer festival's Battle of the beers is a pretty much open annual competition where breweries from far and wide across the region lock horns hopeful for a shot at the prize. This year, with it being the 40th anniversary of the CAMRA branch the entrants this time were asked to enter a beer themed around 1974 or 40. Other than that no restrictions were given as far as beer styles, ingredients or alcoholic strength were concerned. Basically this was as open a brewing competition could get.

For the full list of entrants and winners see here. But I would be surprised if my Apollo 40 dominated the field by a long shot in the same manner X squared did last year. Anarchy at second had a formidable entrant with their 6% Belgian pale ale/wheat beer hybrid and Acton ales at third had an IPA that stood out with resiny citrus hops. 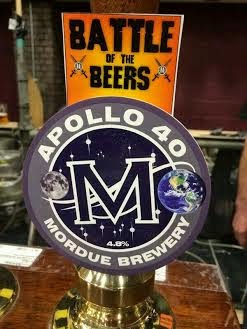 Yet none the less I felt we had a beer with complexity, charm and composure. I hoped it was bold enough to stand out as I was aware that any big ass stout or aggressive IPA would certainly grab a judge's attention more than this, humble balanced pale ale with it's caramel malt, orange and herbal notes from the six different hops used.

But as it turns out complexity and approachability were what the judges were after (despite the name, runner up Anarchy Punk Era is a beer packing in plenty of wheaty grain, banana and malt. Big and complex yet approachable). So none the less after meeting the Mayor of Newcastle again and getting lots of photos taken of myself and the Mordue crew it was good to hang out with the diverse set of characters that make up the region's brewing scene and try many beers. 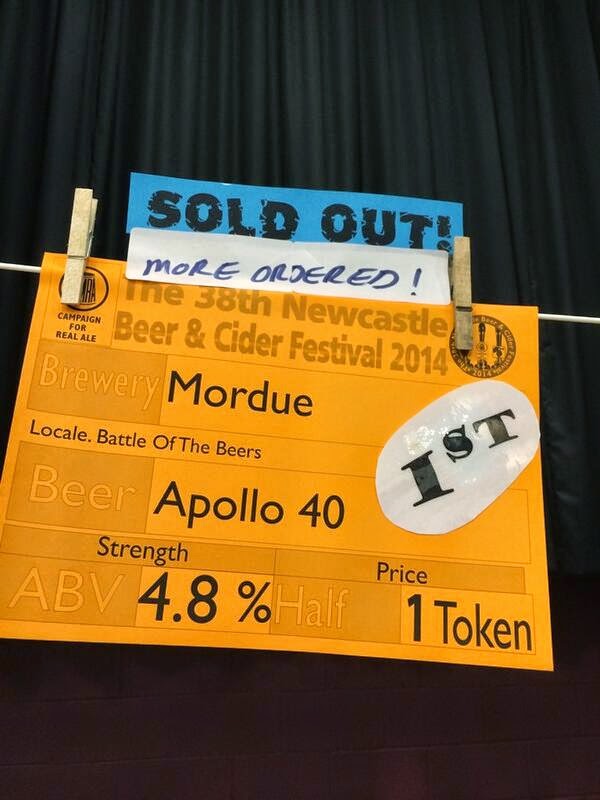 Some of the highlights for me were Wylam's Silver Ghost Re-dux, a turbo charged hopped up version of the original regional classic. Magic Rock Ringmaster was smooth and harmonious as well as very hoppy, a lovely beer. Then we had Allendale Rye Pilsner, crisp and inviting with a spicy edge. Elland 1872 Porter (Champion beer of Britain) also turned up and was as always a class beer. But outside of them there were many interesting beers and the whole day was a great experience. This time we really out surpassed our expectations and are looking forward to entering next year's Battle of the Beers with Mordue as favourites. Obviously by then the scene will have inevitably changed a bit. But bring it on I say.  ﻿
Posted by Rob at 16:38 5 comments: