Unity is strength, and all that. Dealing with alcohol prohibitionists.

It was only the other day, I was happily checking the gravities of the beers at work, seeing how our friends the yeast were progressing in their journey of fermentation, fermenting wort sugars into CO2 and ethanol when I had a few thoughts. This whole idea of teaching children about alcohol abuse could well be a good thing. I mean, I was never taught anything about it when I was a bearn, and most the kids at school who did abuse alcohol just did it to be seen as cool, getting drunk and showing off to the other kids.

But that was during teenage years, maybe its the primary schools that would be more effective taking action, teaching kids at a younger age. They could even take to the old happy man in costume tactic, such as that displayed by the 'sexual harassment Panda' from TVs South Park. I mean I cant see whats wrong with an 'alcohol misusing mongoose' or 'alcohol abusing badger'? So long as the blokes in the costumes weren't misusing alcohol before performing.

But anyhow, one of the more interesting ideas Pete Brown has had is this ideal of unity being strength and how the brewing/alcoholic beverage industry needs to unite against this evil that is the neo-prohibitionists. But what would this mean exactly?? As a Brew-I I would find it most controversial to swear allegiance to the huge maga-companies that make up what we Brew-I term, the dark side. But there is more to the brewing/alcoholic beverage industry than the dark side. Maybe its rubbed off on me living in Yorkshire to think of a no nonsense solution to end this whole polava but would be to ask the neo-prohibitionist/government lobbyists to step outside for a good old fashioned scrap. That's right, no wholes barred punch up.


But look who we would have on our side. 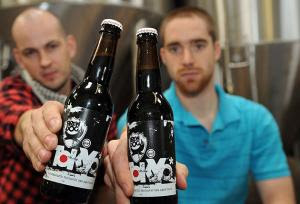 Or rebel craft brewing alliance as I like to call them. 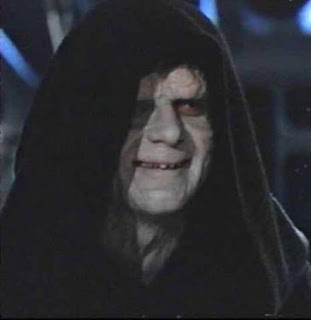 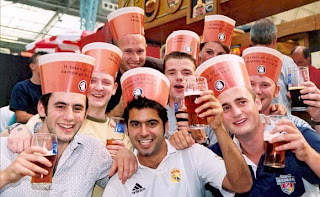 The benefits of siding with CAMRA are that (although its stereotyping) they have beefy old blokes amongst their ranks. Tell them the Neo-pro's took all the Cask ale from the bar last night (because it contains potentially hazardous live yeast organisms) and they'll be mad. 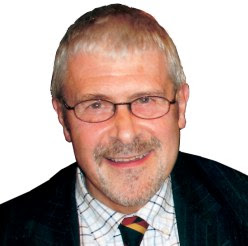 
Think about it, no one wants to mess with the likes of Jeff Pickthall. In fact I've always thought he and Melissa Cole would make a great WWF tag team. Then you've got the likes of deadly kickboxing Ed alongside a range of other web browsing folks pent up on arguing about the brewing world and beer. But wait, look out for the old Cooking Lager, I bet he could get vicious. But in the situation I recon he would probably opt for an affordable efficient solution to the problem... Like an AK47, or failing to afford that the old plank of wood with a nail in it. 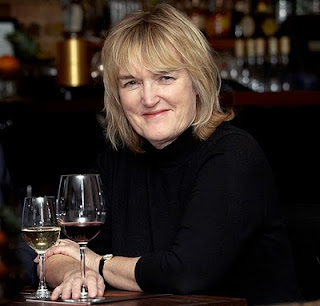 OK I doubt the likes of Fiona Beckett would put up much of a fight (but you never know, she might posses deadly Ninja fighting skills).

I'd just slaughter 'em all with tracks.

A mention alongside the greats like Protz. The highest honour. I'm humbled

That would rule Whorst, sometimes I wish I had a recording studio to do tracks about prohibitionist scum.

It's Thai boxing Rob! Looking forward to the scrap though, we'll have 'em easy!