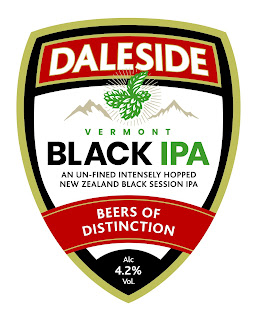 The original name for this beer was New Zealand Hopped Vermont Session black IPA. But it seemed a bit long winded. 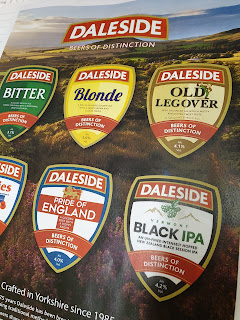 The basic concept for this was put together from past experience brewing both styles individually. But all in all this was to be the most abstract, non-traditional beer ever produced in the 27-year history of Daleside Brewery.

The term 'the most' and not 'one of the most' really indicates to how monumentally serious I was about this brew day. I was deadly serious, look this is my serious face. 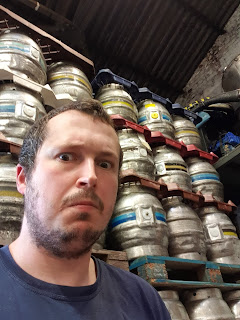 This could be huge, this could change everything or amount to nothing. Anyone can understand the theory that if one of your mates starts break-dancing at the private function he's going to get more attention. But by comparison if your 85-year-old gran in the zimmer frame started break-dancing at the function that's going to get significantly more attention.
To me it makes more sense than brewing just another pale ale with Citra hops in. So in the words of the wise Lego Batman; "you wanna get nuts? C'mon lets get nuts!".


Like Luke Skywalker entering the Death Star in his X wing fighter with R2D2 on the roof, this brew day required a lot of attention. A fiddly sort of brew day involving some moves deviating from standard procedure and some effort required to hit the numbers. Controlling the boil with very few hops in the copper also required attention. If this was made into a film there would be a split screen featuring a group of very stern looking accountants overlooking disapprovingly at various stages.


After fermentation and a number of rounds of dry hopping, the beer was ready to rack to cask and the finished product sampled from hand pull. One day it may become a keg beer who knows, but giving out samples was much easier than trying to explain what a New Zealand hopped Vermont Black session IPA is. Being the abstract concept it was.

On the nose it is gooseberry pine and orange peel. The beer opens smooth on the palate with more gooseberry, lychee orange pith, opal fruit coffee and liquorice. There's a certain peculiarity about it I can identify with. At just over 30 IBU there's obviously more bitterness units than the text book would allow for this style. But I'm chuffed enough with it that I don't care. Chuffed with the beer, chuffed with the new found mastery of the kit. Next I will be hoping to find this one on trade.