I must get this clear. I live in England now, a civilized part of Northern England. No longer am I part of the people's republic of Geordieland, home of Gazza, the Toon, Fog on the Tyne, Jimmy Nail and the Blaydon Races (which they don't sing in school assembly here). The transition wasn't too difficult as I part did it once before back in the 2008-10 era during my first time working at Daleside. Now it's a more permanent fixture we can explore the area.


The accent is one of the finest in the world and Yorkshire has given great things to the world like Saxon, Bo Selecta, Wensleydale cheese, Def Leppard, Sean Bean and Yorkshire puddings.

Yorkshire hosts a huge range of breweries from Magic Rock and Roosters to Theakstons, Ilkley, Saltaire, Northern Monk, Kirkstall, Black Sheep, Brew York and obviously Daleside and the list goes on. The water is soft and lovely to brew with. It has low sulfates and low residual alkalinity. The Yorkshire beer scene is arguably one of the finest in the country.

The people of Yorkshire have the closest heritage nationwide to the Scandinavian/ Danish invaders of old. This probably means Vikings.  They are often fiercely proud of the region and love saving money. 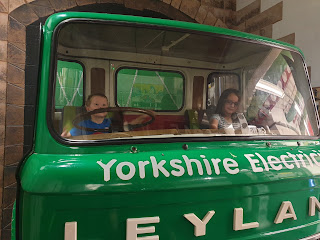 I went to Lancaster University and was surrounded by a full spectrum. There was the Lancastrians, Brummies, Cockneys, non geordies from the North East (Durham people), Yorkshire folk, the Irish, Scousers and the Mancunians. At Heriot Watt Uni I met loads of international students, Indians, Canadians, French, Pakistani, Japanese and others. Yet I always went home to Geordieland.

Without doubt Yorkshire is a fine destination. The problem now is, for the first time in my life, I miss the Toon and Northumberland. For me it's sort of strange because I've never experienced that before. When it was the status quo it was never an issue, the Angel of the North, The Tyne bridge or seeing old mates from Northumberland. They never used to be lost treasures. So in regards to many of the great iconic figures who have shaped my life and perception of the North East I sincerely dedicate this clip.