Good news folks, looks like I've managed to get myself another chance at doing a beer and cheese evening, but this time at a completely different venue. 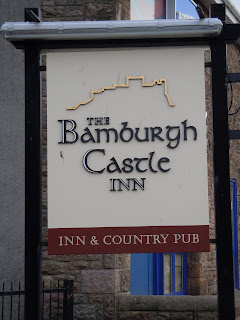 Confirmed for Saturday the 12th of March, at the Bamburgh Castle Inn, Seahouses. Starting at 8pm, it should be a busy affair with hopefully more people turning up than last time. I'm figuring that since this time the event is being held on a weekend (and not mid week), and at an actual pub (not some remote country club), in a densely populated area that's easily accessible via public transport the chances of gaining ticket sales are better. Furthermore, this time ticket prices at £10 per head instead of £18 (I always knew that would burden things).
As for the set up. Well that I'm keeping  more or less the same. Six beers, six cheeses with a few extra bits. Some of my old pairings from last time will be changed, others will be re-used and the presence of a few hand pulls and decent bottled beers at the bar should add appeal for attending beer enthusiasts.

If anyone wants to go, just let me know. But until then I have a bit more research to do.
Posted by Rob at 18:11